Barstool’s presence on the digital sports media landscape has been inescapable for the better part of a decade now. With a large and loyal audience, they have decided to parlay their market share to their very own Barstool Sportsbook. There are still some kinks to iron out and you may be put off by the notoriously controversial Barstool Sports brand, but Barstool Sportsbook offers users a solid experience bolstered by a great sign up bonus. 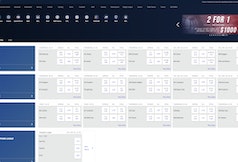 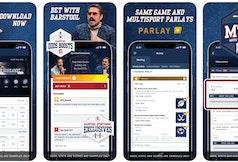 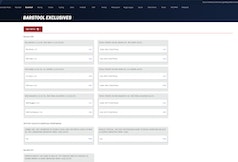 Barstool Sports has been a dominant force in digital media for years now. Despite - or perhaps because of - the controversies surrounding their operation the brash and bro-y Boston blog has expanded to become a legitimate sports media empire. Already boasting some of the most popular social media pages and podcasts on the internet, they expanded to launch their very own sportsbook in 2020.

What we have now is a new sportsbook geared towards appealing to the Barstool audience - one that emphasizes personality over a deep suite of features.

Loyal Stoolies will be happy with the offerings, while newcomers to Barstool may want to look elsewhere

This is probably the smart direction for them to take their first foray into sports betting. Loyal Pardon My Take listeners probably love hearing from Big Cat and PFT, so why not take advantage of their built-in fanbase?

Say what you want about Barstool, but they definitely know their audience.

That isn’t to say that there’s nothing of value here outside of Barstool’s personalities. The Barstool Sportsbook has a great sign up bonus, really one of the more user-friendly on the market. There are also frequent odds boosts and promotions that allow you to maximize your winnings - however, these are still often tied to Barstool figures.

Barstool Sportsbook even has a casino featuring live dealers in select states, if you’re a gambler with diverse tastes.

If you’re one of the millions of Barstool fans out there, you’ll love this app. But if you’re looking for a deeper experience and are ambivalent about Barstool as a whole, there may be better options out there.

Since emerging on the market in 2020, Barstool Sportsbook has been extremely aggressive in expansion. The new sportsbook is currently available in:

This may not seem like a huge list, but given the fact that Barstool Sportsbook is still so young, the rate of expansion has been much faster than some of its competitors.

The company has also pledged to expand to every state with legal online sports betting as soon as possible, so we will keep this list updated as digital media brand spinoff continues to grow.

Barstool Sportsbook’s sign up bonus comes in a two-pronged form. They call this a 2 for 1 New Player Bonus.

All in all, we find this to be a great way for new players to get acquainted with Barstool Sportsbook. You’re allowed multiple wagers before spending a dime of your own money, and then after that, you have bet insurance through a risk-free bet.

It is one of the best sign up bonuses for new players on the market!

The Barstool Sportsbook sign up bonus comes in the form of a $10 no deposit free bet!

Upon registration, there will be $10 worth of site credits in your account automatically. From there you can wager this amount as you’d like, provided the odds are at least -200.

If your bet placed using this promotional money wins, it will be converted to real cash!

Once you’ve exhausted your sign up bonus you can move on to the $1,000 risk free bet!

To qualify, all you have to do is make your first deposit. After this place any single wager on your betslip. If your bet wins enjoy winnings. If your bet loses, you will be refunded the wager amount up to $1,000.

This refund can then be used to place other wagers automatically and is subject to standard playthrough requirements on the site.

How to claim your Barstool Sportsbook Promos: 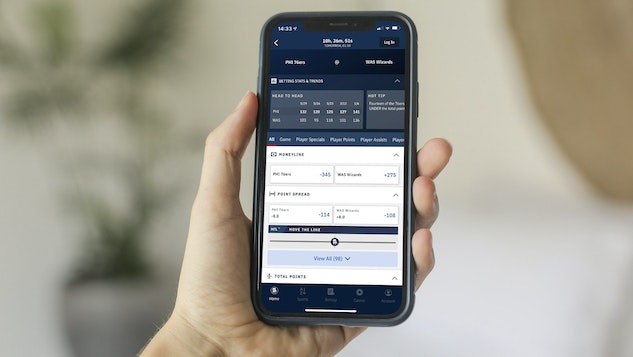 The Barstool Sportsbook app in action

Barstool Sportsbook’s app meets expectations but fails to offer features that make it rise above the pack. It’s easily navigable and functional, but there are no special features or shiny bells and whistles to make it stick out.

One feature we would love to see expanded upon and improved is the Betting Stats & Trends. Here, users can track some advanced analytics about league-wide trends and even specific games.

Great in theory, however, there are no recommended bets based on these stats and occasionally, there will be irrelevant stats offered. This is a good starting point, but not on the same level as DraftKings Sportsbook’s Stats Hub quite yet.

The Barstool Sportsbook App is available on the App Store and Google Play for iPhone and Android users, respectively. The iPhone app currently holds a 4.5/5 rating based on 3.1k reviews on the App Store.

Where is Barstool Sportsbook legal?

Barstool Sportsbook is currently legal in Illinois, Indiana, Pennsylvania, New Jersey, and Michigan. Provided you are 21 years of age or older and physically located in one of these states, You are free to play on Barstool Sportsbook.

Who is the owner of Barstool Sports?

Yes, Barstool Sportsbook accepts PayPal for both deposits and withdrawals. As with the majority of their payment methods, the minimum deposit and withdrawal amount is $10.

Does Barstool Sportsbook have a casino?

Yes. Users in Michigan & Pennsylvania can take their winnings from tonight’s NBA action and put it all into virtual slots if they so choose.

Barstool Sportsbook has a fairly standard set of payment options, similar to what you’d find at other sportsbooks. While this isn’t necessarily a bad thing, it also doesn’t make Barstool stand out from the competition.

The minimum for deposits and withdrawals is $10 for all forms of payment, except for withdrawals via physical checks, where the minimum is $250.

Deposits are processed instantly, while payouts can take 1-5 business days.

Unfortunately, there is currently no support for Skrill or other e-wallets besides PayPal.

One area where Barstool Sportsbook is betting variety. At the time of this writing, they offer 16 sports betting markets to users. Major sports offered include:

So, you have most of your bases covered, but the variety doesn’t go as deep as one would like. Other sportsbooks offer users more betting markets to wager on, including e-sports and other niche activities.

Another weakness in Barstool Sportsbook’s betting variety is the lack of custom single-game parlay features. This has become an increasingly popular way to bet on sports, so its exclusion on this young of a sportsbook is pretty surprising. If you expect Bradley Beal to score over 30 points in a Wizards’ win, there’s no way to combine those bets unless Barstool Sportsbook is already offering that as a parlay.

You’ll find some level of customization here, however. Users have the chance to move the line on games, to build more favorable bets for themselves. For instance, if the Lakers are favored to win by 4.5 points, but you feel a bit uneasy about that spread, you can alter the line so they’re 6 point favorites instead. The odds will be automatically adjusted. This is a fun way to customize your wager. 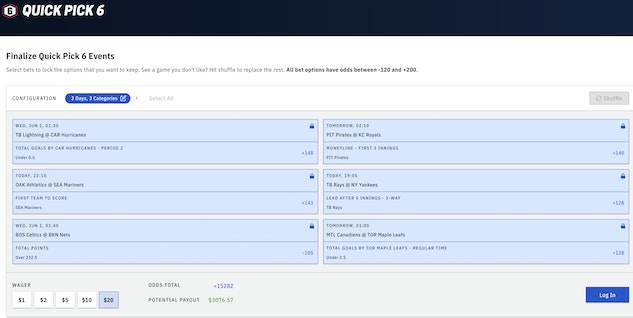 There are other ways to bet on Barstool Sportsbook. They offer a Quick Pick 6, which allows users to choose betting markets and time periods to have 6-leg parlays randomized for them. This is a fun idea, but the execution is a bit flawed as the picks chosen are completely random and don’t always provide the user with a very high value for such a large parlay.

They have some offerings for followers of the Barstool media enterprise as well. You can follow Barstool Bets, which incorporates some of their media personalities’ picks often with juiced odds on a daily basis. This provides you with some level of interaction with the personalities you love if you are already a Barstool fan.

If you want to mix it up and play some traditional casino games, Barstool offers those services as well. If you’re a user in Pennsylvania and Michigan, you can take full advantage of the casino offerings.

Here you’ll find everything from virtual slots and table games to live dealers, where you can play Blackjack and Poker from a first-person perspective. The Barstool Sportsbook & Casino features a shared wallet, so if you want to take your winnings from Sunday Night Football and go all-in at the Texas Hold ’Em table, you’re free to do so.

Barstool will keep track of all the wagers to make within your first 24 hours of playing. If you have a net profit, enjoy your winnings. If your bets settle as a net loss, then you will be refunded in Casino bonus cash 100% up to $1,000.

This is a pretty great deal that allows users the chance to test out the casino and minimize their own risk!

There are varying turnover or playthrough requirements depending on what games you wish to stake your bonus cash on:

One area where Barstool Sportsbook rises above the pack is its customer service. If you’re encountering an issue with their site, you have a few options.

They have a pretty solid FAQ page that offers some quick advice for common issues. They also have various ways of contacting the support team directly. You can always fill out a contact form.

Their live chat is available to users 24/7 and is extremely fast and responsive. If you want to speak with someone on the phone you can even request a call back on the live chat.

While this is a great feature, we do wish there was a way to call support directly. As it stands, users have to go through the live chat first which is a bit of a hassle.

You get all the basics of an online sportsbook, with a lot of the Barstool personality that has made this new media sensation into a legitimate powerhouse.

However's Barstool's controversial brand and brash attitude is present throughout this sportsbook, and if that's a turn-off for you then this might not be the right fit

Would you recommend Barstool Sportsbook?

If you have neutral or positive feelings towards Barstool Sports, then go ahead and give this sportsbook a test drive. The exciting sign up bonus will make it worth your while.

If you Barstool has made a bad impression on you over the years, then I'm sure you already think this is a stay-away.

Loyal Stoolies will definitely get a great deal of what they were looking for, but those who aren’t already fans of the Barstool brand may have better options available to them. 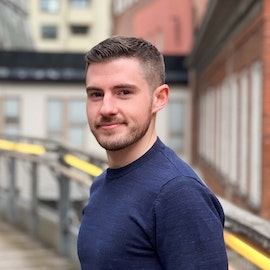 Sports have been a passion of mine my entire life. Growing up in South Jersey, the influence of Philadelphia sports was massive. Some of my first memories include rooting for Allen Iverson's Sixers and Donovan McNabb's Eagles.

Luckily, I was also living in New Jersey when PASPA was overturned and DraftKings Sportsbook launched in 2018. After years of consuming sports media that talked about betting, I was finally able to place my own wagers. Needless to say, I haven't looked back since.

It is now my privilege to guide our readers towards the best sports betting experience possible.

Learn More About the Team