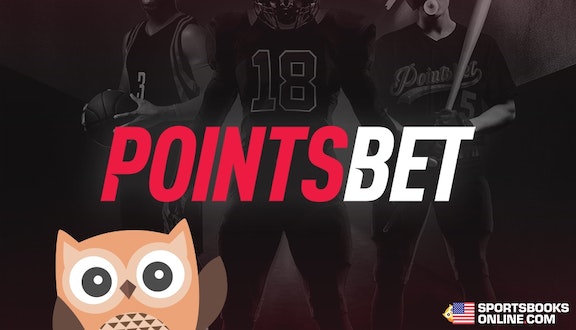 Aussie import PointsBet has taken the US sports betting market by storm in the past few years by bringing fun and creative ideas to the forefront. Their crown jewel? PointsBetting.

PointsBet came to the US from down under in 2019. Since that time, PointsBet has become one of the fastest-rising new sportsbooks across the country.

Powerful partnerships with NBC Sports, various teams and leagues, and sports legends like Allen Iverson and Darrelle Revis have made PointsBet a household name. If your team plays on one of the dozens of NBC regional sports networks across the country, you’ve no doubt been inundated with tons of commercials and PointsBet-branded betting segments on your broadcasts.

But there’s more than just sizzle to this steak. PointsBet offers users the chance to use its proprietary PointsBetting system. This system is incredibly dynamic and a refreshing take on the traditional fixed-odds betting systems to which we've all grown accustomed over the years.

PointsBetting is the feather in PointsBet’s cap and most definitely worth testing out if you’re new to their site. 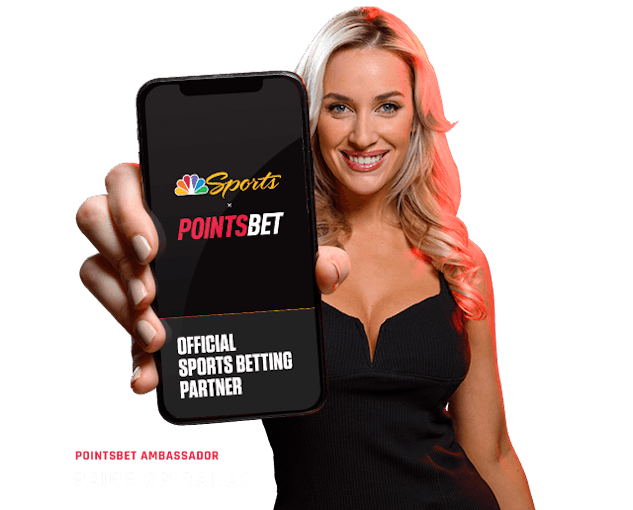 Partnerships with brands like NBC Sports have boosted PointsBet's reputation

PointsBetting is a weighted sports betting system that multiplies your winnings or losses based on how right or wrong your bet was.

In a traditional fixed-odds sports betting setup, you have lines. These lines are created to reflect who is favored in the match-up. If a team is favored to win a game by 5 points, they will have a -5 next to their name. If you bet on the favorite and they win by more than 5, your bet wins and if they don’t win by at least 5, you lose.

This makes basic sense, but there are obvious flaws. The main one being that you get no extra winnings for blowout victories. Your team just covering the spread or not determines whether you get a full payout or nothing.

There are degrees to which your decisions are right or wrong, but the run-of-the-mill betting system doesn’t allow for a ton of nuance.

PointsBetting attempts to address this flaw in the system, by weighing your wins or losses based on just how right or wrong your prediction was. If you bet $10 on a team to win by 5, and they end up winning by 10, your wager would pay out $50. But, if that game resulted in a tie, you’d be out $50. 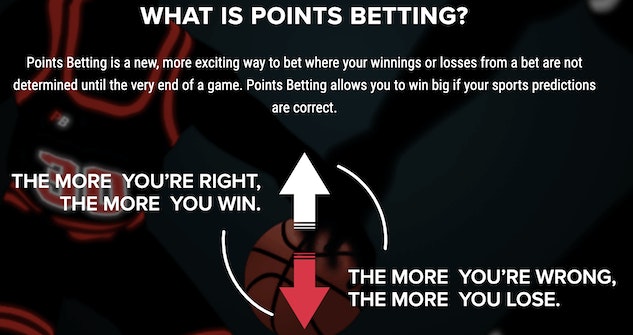 In the scenario where the Patriots only win by 8, your prediction was just barely correct. A nail-biter. However, in the scenario where the Pats win by 28, you were more than just a little correct - they more than easily covered the spread. And since you were using the PointsBetting system, your winnings more accurately reflect the degree to which your bet was correct.

It’s a high-risk, high-reward system that makes every play important, even in garbage time.

Of course, PointsBetting is also able to be utilized for over/unders, player props, and many other types of bets.

Each PointsBetting market has multiplier caps that limit how much you can win or lose on a bet. These caps vary depending on the volatility of the market and can be as low as 10x or as high as 250x.

If you're a bit more risk-averse you can set your own stop losses as well. Stop losses are limits you set on PointsBetting bets that limit how much you can lose or win. So, if you set a stop loss on a $10 to 5x, then your winnings or losses are capped at $50. Stop losses are only available in highly volatile markets, such as NBA or NFL bets.

New users to PointsBet are be entitled to two risk free bets of up to $2,000.

After you sign up, you’ll get to try out PointsBetting with no risk to yourself. Your first fixed-odds wager of up to $500 and your first PointsBet up to $1,500 will be eligible for a refund in on-site credits if they lose.

This offer allows you to try out this exciting new system without having to risk losing everything straight from the get-go.

Where is PointsBet Available?

PointsBet came to America in 2019 and has made a huge media push to establish itself as a respected brand in the industry, so it may surprise you to learn that this sportsbook actually comes from down under. That’s right, Allen Iverson’s sportsbook of choice comes from Australia.

The innovative bookmaker was founded there in 2015 and established itself as a young standout in that mature market.

After a few years of solely operating in Australia, PointsBet chose the US as their first choice for expansion and established new headquarters in Denver, Colorado. It’s worked out well for them, as strategic, high-profile partnerships have boosted their brand. PointsBet has become an advertising fixture any time you put on a game with endorsements from former athletes, pro teams, and major leagues.

Specifically, their partnership with NBC Sports has led to plenty of branded content interwoven throughout NBC Sports game broadcasts on RSNs throughout the country.
PointsBet is unique in the industry because they create and own their technology. Most betting sites look to third parties for their tech infrastructure, but PointsBet is entirely self-reliant in this way. This has led to an innovative attitude behind the scenes that has made itself evident in the creative PointsBetting system.

Of course, if you aren’t very interested in branching out too far, PointsBet also features a phenomenal orthodox betting experience.

You can partake in traditional fixed-odds wagering and live betting for a more conventional gameday experience. If you’re thinking more long-term with your bets, there’s also an impressive suite of player props and futures bets at your disposal.

One feature that’s turned heads throughout the industry is the Single Game Parlay. Popularized by FanDuel Sportsbook, Single Game Parlays allow you to combine bets from one game into a single wager in order to maximize your payout. So if you think Kevin Durant is going to score over 30 points in a Nets’ win, you can go ahead and combine those two outcomes for the highest possible payout.

For a long time, PointsBet was strictly a sports betting site. It executed its niche extremely well, but it lagged behind some of its competitors in the iGaming industry that offered users a more diverse suite of gambling options. That changed in 2021 when PointsBet finally launched its very own casino platform. 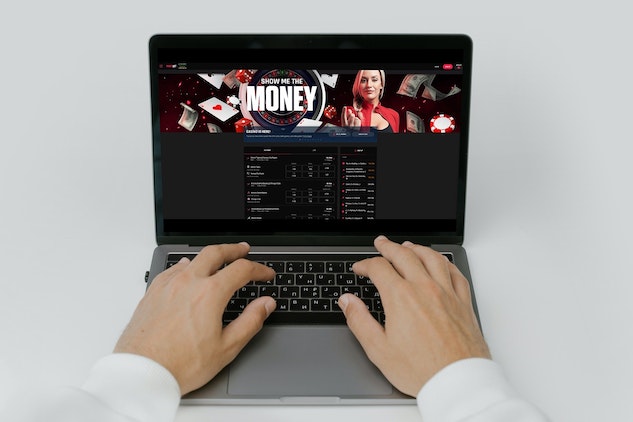 The PointsBet Casino is a new way to play on PointsBet. If you’re interested in taking your winnings from sports betting and playing slots, blackjack, and video poker, you can do that here. The shared wallet functionality of your PointsBet account means that you can bet directly from your sports betting account, making for a seamless online gambling experience.

As a new product line that will need approval from state to state, the PointsBet Casino only has limited availability at the moment. With more time, the online casino features will no doubt be readily available for users throughout the country.

Another type of bet that’s unique to PointsBet is the Name a Bet feature. This tool allows users to create their own bet and submit it to the sportsbook.

Thinking of a futures parlay, but there’s no way to combine the outcomes you believe in? Submit your bet to PointsBet. From there, they will evaluate your request and approve or deny your bet. If approved, they will even tabulate the odds for you and post it on the site for your betting pleasure,

By using Name a Bet, players can really get creative and make their bets their own.

PointsBetting on the PointsBet App 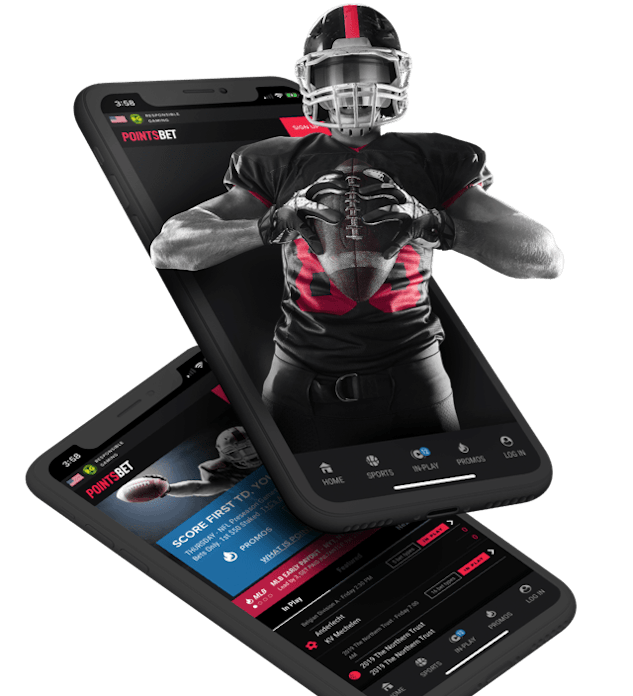 If you’re a regular sports bettor, you know that one of the quickest, most convenient ways to gamble is a good sportsbook app. Over 80% of bets placed in the state of New Jersey are done through a mobile device.

The good news is that PointsBet has one of the best sports betting apps on the market. It’s expertly constructed to give you the smoothest betting experience possible, with an easy-to-navigate layout and easy access to features like the Quick Parlay and PointsBetting.

One of the best mobile sports betting apps on the market, the PointsBet App makes PointsBetting a wonderfully smooth experience.

Not yet available in the States, Unibet’s Watch&Bet feature strives to change the way we bet on live sports.

Watch&Bet allows users to livestream events directly through the Unibet app. While the action unfolds, Unibet will suggest wagers for you to make based on how the game is unfolding. You can then easily place bets with one click, without having to pause the action!

It’s an incredibly creative idea, and we look forward to seeing it hopefully come over to the US one day.

The world’s most popular sportsbook has made its way over to the US. Bet365 is here and offering users the chance to live stream games directly through the sportsbook.

As long as you have a positive balance on your account or have placed a bet in the preceding 24 hours, you’ll be able to watch select sporting events live directly through your sportsbook.

Select NHL games, European Soccer leagues, and Golf tournaments will all be at the tip of your finger.

Being able to bet and stream all from one platform makes your live betting experience even better!

NJ only. New customers only. Make a qualifying deposit (min $10), place qualifying bets, once they are settled, $200 in Bet Credits available to use. Bet Credits risk excluded from returns. T&Cs apply.